Know the Rules of Writing – Then Break Them

Know the Rules of Writing – Then Break Them

“It is an old observation that the best writers sometimes disregard the rules of rhetoric.” – William Strunk, Jr. (Yes, that Strunk. From that book.) 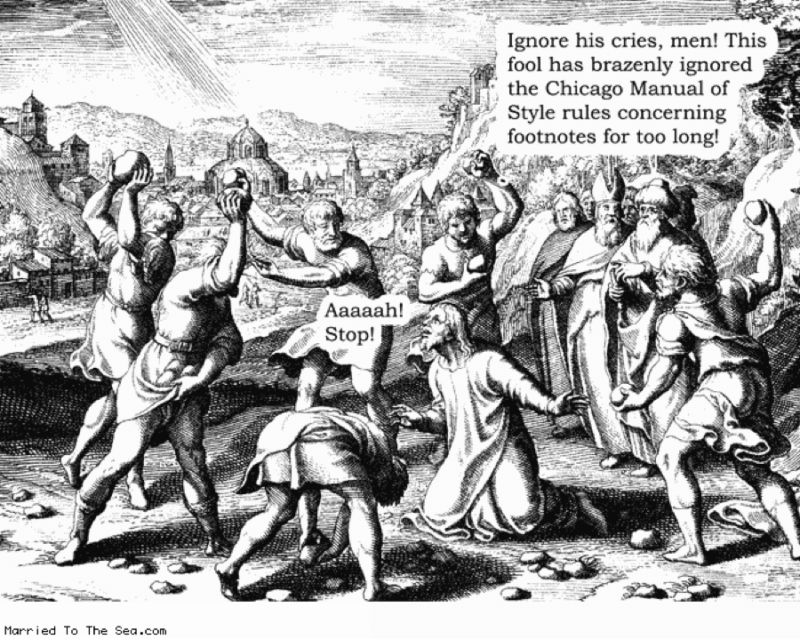 Remember the (NSFW) cranberry juice scene from “The Departed”? I’d like to think that I’m the guy that tells you there are writing rules you can break and there’s writing rules you can’t. The truth is, some writing “rules” (like the Oxford comma) will be debated until the end of time. Other rules you can break only on pain of death. Because while the Oxford comma isn’t quite a rule you can’t break, it’s almost a rule you can’t break. I could riff a list of the writing infractions that set my teeth on edge, but we’ll save that for another day. Today my mission is to get you to break the rules — especially in a marketing setting where content is king — and to do it in a way that makes your copy snap, crackle, and pop.

Why White’s washed up

If there’s one writing reference that’s still mentioned in reverent tones throughout academia, it’s William Strunk, Jr. and E.B. White’s featherweight “The Elements of Style.” For decades, it’s been held up as the go-to for grammar, style, and usage. Though I don’t think the guide — known simply as “Strunk & White” in most circles — is the canonical reference it once was, I do think that an inordinate amount of insecure English teachers rely on it to do the heavy lifting. The result? Good, albeit completely average writers.

I’ve continually been in a love/hate relationship with “Strunk & White,” though my feelings have never quite reached the level of this diatribe against it. The guide has been at once understandably and unfairly maligned, and I see where both camps are coming from. My advice? Read it once. It won’t take you very long. Then burn it and use it to fuel your writing.

Because if you’re looking for the be-all-end-all writing guide, you’re never going to find it. Spend five minutes on the Internet and you’re sure to find a thousand listicles telling you which rules you can and can’t break. Some are right and others are hardly worth pointing out as most of the non-rules they cite are generally regarded as poppycock anyway. But you’d be surprised at how many drones still teach these “rules.” And it’s creating a pandemic of cognitive dissonance that must be stamped out in the name of good, bold writing.

Write how you talk

This isn’t the time or the venue for me to teach you everything I know about writing. Besides, that’s what your editors and ruthless online comment sections are for. If you misspell a word or two, misplace a comma, or — heaven forbid — juxtapose your and you’re, you’ll know right away and it’s going to sting. Hopefully you never do it again.

The only rule I follow when I write is this: Write the way you speak. How about three examples of what I mean:

Good copywriters rush in where average ones fear to tread

In the grand scheme of things, you only have to follow a few rules, but only because you won’t be understood otherwise. If you’re selling a product, you’re not going to write gibberish or blatantly spit on the rules of grammar and syntax. It might go over like gangbusters at a poetry slam, but it won’t fly on your client’s Facebook feed. We all crave clarity. We crave structure. We’re just built that way.

But there’s a tipping point when clarity gives way to conformity. There comes a time when you have to kick dirt in the status quo’s face. Because English is a stew, and wordsmiths the English-speaking world over will insist that their recipe is the best. You’ll never know which one you like until you experiment with different concoctions. You have nothing to lose and everything to gain. Worst-case scenario? Nobody notices the effort that went into your copy. But when you get it right, your customers will build monuments to your brand.

“One might wish to live by one’s words, but language or style that is less engaging, less stimulating than the competition’s is, frankly, dead on arrival. Imagine legions of writers setting off on the marathon to success. Among them are thousands who have mastered the basic skills of composition. Should you need to catch up, scores of worthy grammar/style books are standing by to help. But if your goal is to break away from the pack, some über force, some jack-rabbit anima has to inhabit your writing.”

Go forth, brazen copywriters. Know what the rules are, stick within the construct of that set of rules, then flip the script and set it on fire. Keep your copy tight. Keep it interesting. Write the way you speak. Your readers will thank you.

Design plays an integral role in B2B marketing, and as we’ve discussed in the past, graphic design in the B2B sphere differs in some significant ways from B2C. B2B companies and

The word “audit” strikes fear in many. (Financial or tax audits are probably the first to come to mind.) To others, conducting an audit may sound dull or tedious. We

Some trilogies get better with each installment (see: Linklater’s “Before” triptych). Some trend toward the terrible (ugh, both “Mockingjay” movies and “The Matrix Revolutions”). And others, while not technically trilogies,

Matt Myler is chief editor, beard-haver, and grumpy pants at Bonfire Marketing. When he isn’t watching the "Three Flavours Cornetto" trilogy on a loop, he can be found tinkering with his Premier League fantasy team and trying to write screenplays.